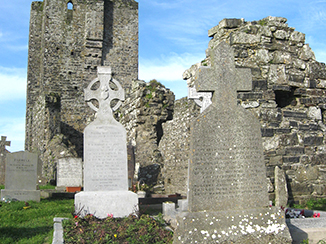 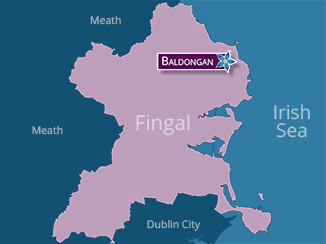 Situated approx. 4km north of Lusk on the road to Loughshinny, this graveyard lies among the ruins of a church and castle. The site has been associated with the Knights Templar, with the church originally dedicated to the Blessed Virgin Mary. The oldest headstone recorded by Dr. Egan dates from 20th March 1735. Thomas Hand of Skerries was buried here in 1920.

An interesting epitaph on a headstone by a Christy of California reads:

“To the members of his family 1862-1867:
In the far West I now sojourn
Where the Pacific bathes the golden shore
Thoughts of Old Ireland often make me mourn
Here they lie mouldring whom I’ll ne’er see more”