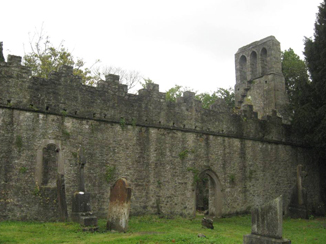 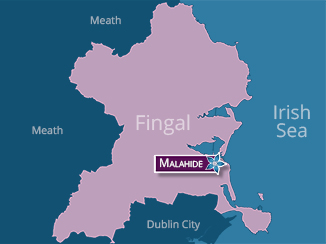 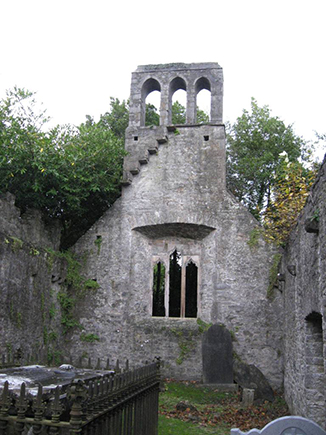 The graveyard of Malahide Abbey is located beside Malahide Castle, surrounding the ruins of the abbey. The abbey contains the 15th century tomb of Maud Plunkett, featured and described in many publications on the history of Malahide. The Talobots of the Castle are not buried in this graveyard.

A number of members of the Henley family of La Mancha are buried here. One is described:

“He was a bright wise and excellent man,
Whose actions were charactersized by probity and words of truth.
Ans whose chief enjoyment during a life of sedulous industry
Was the silent contemplation of the happiness which as benefactor friend and father
He was every employed in creating around him.
May he rest in peace. Amen”