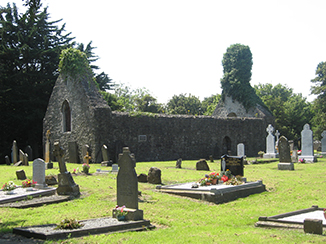 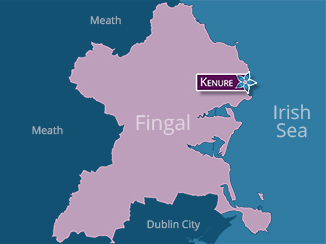 This cemetery is on the site of an old ruined church on the coast road, between Skerries and Rush, Co. Dublin beside St. Catherine’s housing estate. There is an older section and a new section. The old section surrounds the ruins of an old small church. Luke Ryan the pirate is reputedly buried here.

Margaret Carey of Rush, died 1830, is also highly praised in her epitaph:

“With most religious truth it may be said
Beneath this stone, an honest woman’s laid
Vice she abhor’d, in virrtue’s path she trod
Just to all men, and humble to her God.”

Some former members of the Fingal Brigade are buried here including Thomas Doyle, Thomas McEvoy, and Joseph Mackey. Sir William Henry Palmer of Kenure House is also memorialized in this graveyard.