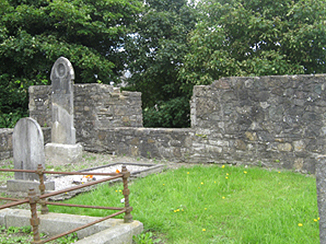 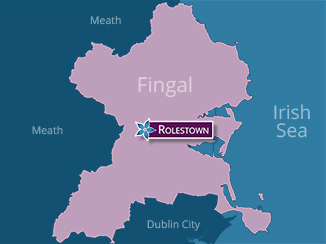 This roughly circular graveyard surrounds the ruins of an ancient church in the village of Killossery, approximately 7 km north west of Swords. Dr. Egan records the earliest headstone as dasting from 8th December 1717.

A number of those involved in the Battle of Ashbourne 1916, including John Crenigan, and members of the Lawless family as well as some WW1 war dead are buried here.

There is a headstone erected by the North Dublin Executive of the United Irish League to a Francis P. Murphy died 1912.