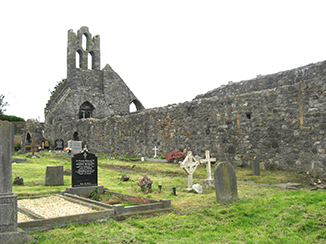 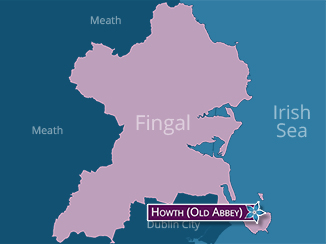 The abbey ruins are situated on the Hill of Howth. The first church was reputedly founded here by King Sitrygg in 1042. Much of the current ruins date from the 15th and 16th centuries. The tomb of Christopher St. Lawrence, ancestor to the Earls of Howth, is preserved among the ruins, and dates from 1470.

The graveyard, which is maintained by Fingal County Council, has been closed to new burials for many years. A stone dedicated to Anne Flinn, who died aged 21, dated 1766 was transcribed by F. Grose in 1792 as follows:

“A friend that lov’d they earthly form when here
Erects this stone to dust he held most dear
They happy genius oft his soul reviv’d
Nor sorrows felt until of thee depriv’d
Peace to thy gently shade and endless rest
To thy fair soul now number’d with the blest!
Yet take these tears mortality’s relief
And till I share thy joys, forgive my grief
These little rites, a stone, a verse receive
Tis all a father, all a friend can give”

In the midst of the Famine in 1848, William John Hancock died and was buried here:

“As an Assistant Poor Law Commissioner, from sympathy with the suffering poor,
He made such unwearied exertions in seasons of famine and pestilience
That he fell a victim to the third attack of fever caught in the discharge of his official duties”

Many stones record deaths at sea, veterans of Irish and World Wars, former members of the Royal Navy, members of the St. Laurence family, and “a William Wylde Esquire, of Worcestershire, a Plantagenet”. 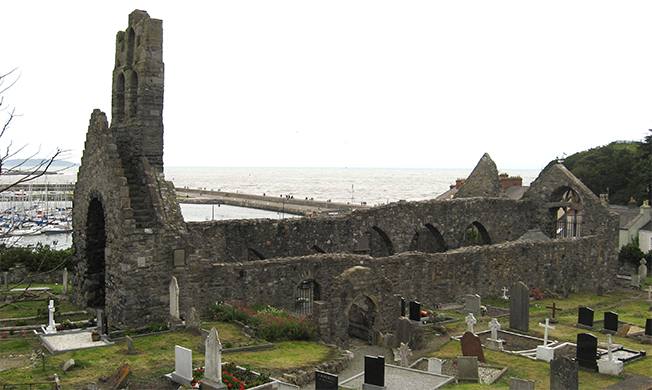