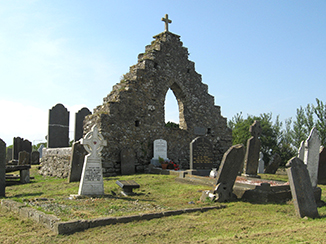 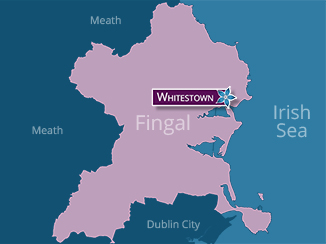 There is a new section (see Rush), and an old section to this graveyard, located to the west of the town of Rush. Fingal County Council is responsible for this graveyard and its records.

According to Dr. Egan, the old section of this graveyard surrounds the ruins of a church dedicated to St. Maur, “built here by French seamen in thanksgiving for being saved from a storm at sea close by”. The oldest headstone recorded in Egan’s survey dates from 1724. Closed by Order in 1973. New section opened.

The Rev. Nicholas Andrews, P.P. of Rush who died of cholera in 1849, is buried here, as are a number of others who either drowned or were lost at sea, including William Joseph Creighton, aged 16, James Gough, aged 18, Nicholas Grimly, aged 64, and Captain Richard Herbert, aged 35. 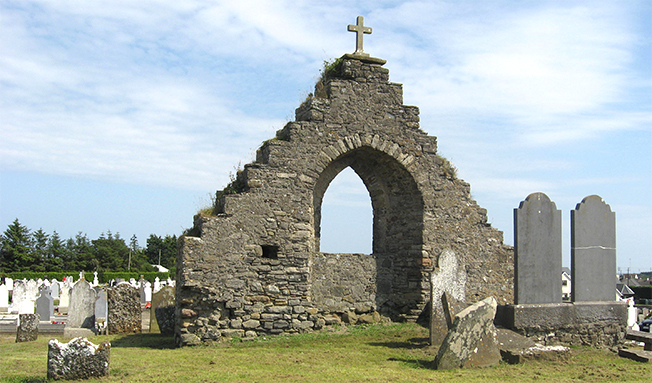